The Fosen-Linjen Saga has finally come to a close with the Norwegian Supreme Court’s Judgment. Senior Attorney Dag Sørlie Lund provides a summary of the case. 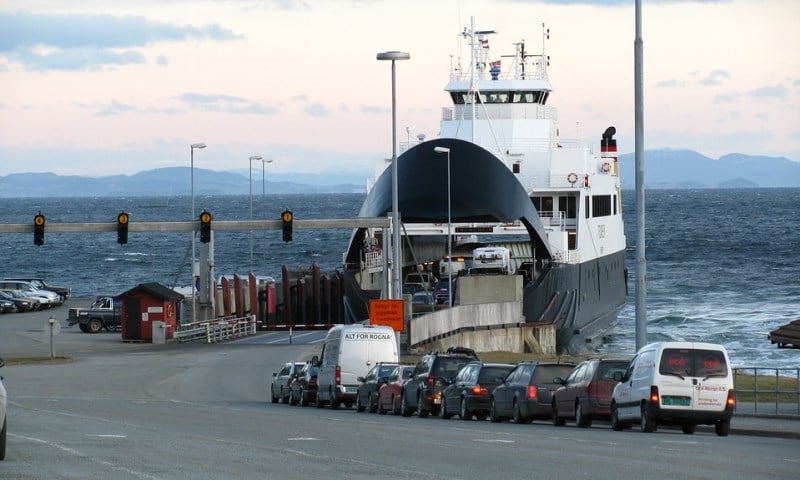 The so-called Fosen-Linjen Saga has finally come to its long-awaited end by the judgment of the Norwegian Supreme Court of 27 September 2019, more than 6 years after the company AtB tendered for the procurement of ferry services between Brekstad and Valset in the County of Trøndelag.

The contract was initially awarded to the company Norled. The competitor, Fosen-Linjen, which was ranked as the runner-up, claimed Norled had been awarded the contract unlawfully, and managed to stop the signing of the contract through interim measures. In the interim measures procedure two errors were identified by the courts:

As a result of this, AtB decided to cancel the tender procedure, and restart the whole process.

The Supreme Court’s judgment clarifies several key questions about public procurement law related to the threshold for damages, and for the requirement of causality between the breach and the damages. Furthermore, the ruling contains interesting assessments of legitimate grounds to cancel a tender procedure, and the significance of the fact that a tenderer submits an offer despite being aware of errors in the procurement documents for the possibility to receive damages. The judgment is unanimous for all but the question of causality for damages for the negative contract interest, where one justice had a concurring opinion with a slightly different approach. For the purposes of this summary, I will not go further into the differences in the concurring opinion.

THE PRINCIPLE OF STATE LIABILITY FOR BREACHES OF EEA LAW

The first condition was clearly met, and the case before the Supreme Court thus mainly concerned the question of the threshold for receiving damages and what it takes to establish a direct causal link for damages for negative costs. A particularly disputed question in the Fosen-Linjen Saga, has been whether the threshold for damages for the negative and the positive contract interests is different. Under Norwegian law, it has traditionally been easier to receive compensation for the negative costs than for the positive costs.

The Supreme Court rejected Fosen-Linjen’s claim for damages for the positive interest since there were sufficient grounds to cancel the tender procedure. In fact, there were two grounds for cancelling the procedure.

First, the Supreme Court considered that the identification of the two errors in the interim measures proceedings raised serious doubts about the lawfulness of the procedure. These doubts were considered as sufficient grounds to cancel the tender procedure.

Second, it was also considered that the fact that AtB did not require the necessary documentation for the award criteria “environment”, also constituted sufficient grounds to cancel.

Consequently, the Supreme Court concluded that since the cancellation was lawful, Fosen-Linjen could not receive damages for the positive contract interest. This part of the judgment is somewhat confusing, since it appears to consider the question of causality rather than the question of whether the breach was sufficiently serious: since the tender procedure was lawfully cancelled, no one could ever be awarded the contract, and thus no one would ever have a claim for the loss of profit.

This is particularly confusing since the Appeals Selection Committee of the Supreme Court had explicitly rejected the question of causality for the positive contract interest from being heard by the Supreme Court. This is all the more puzzling since the Supreme Court appears to have been aware of this distinction, noting that the cancellation did not exclude the possibility for damages for the negative contract interest, which shows that the question of liability was not conceptually excluded by the fact of the cancellation.

As mentioned, the traditional approach in Norwegian torts law is that the threshold is lower when it comes to damages for the negative costs.

Based on its reading of case law from the CJEU and the EFTA Court, the Supreme Court held, however, that the test for receiving damages, regardless of the categorization of the damages as negative or positive costs, is whether the breach in question may be considered “sufficiently serious”. The Supreme Court outright rejected the suggestion that the threshold might be lower under Norwegian tort law.

In the assessment of whether a breach is sufficiently serious, the Supreme Court noted that it may not be required to demonstrate fault or fraud, although both subjective and objective factors included in the traditional assessment of liability under national tort law, may be relevant to take into account.

Despite this description of the test for receiving damages, the Supreme Court emphasized that the norm could not be characterized as more or less strict than would otherwise follow from Norwegian tort law, but that the assessment may be somewhat different.

The Supreme Court identified the norm as a sliding scale where the crucial point appears to be the level of discretion enjoyed by the contracting authority – from wide to none at all.

The rule that was breached in the tender procedure – namely the obligation to require necessary documentation for an award criterion – was found to be clear and precise. Accordingly, the Supreme Court found that AtB was liable for the negative costs. In that regard, it was pointed out that AtB twice received questions that raised doubts as to the lawfulness of the award criteria, which combined with the consequences caused by the breach, led to the conclusion that the threshold of “sufficiently serious” was passed.

It’s worth noting that despite the fact that the Supreme Court rejected that a contracting authority might escape liability by claiming not to possess the necessary powers, knowledge, means or resources, it still considered the complexity of the public procurement rules indicated a certain restraint or caution in establishing liability.

Concerning the question of a direct causal link between the breach and the damage, the Supreme Court asked whether the tenderer would have submitted an offer if they had known about the error committed.

Even though the fact that AtB had not required the necessary documentation for the award criteria “environment” was clearly visible for Fosen-Linjen, the Supreme Court considered that this criterion was met since AtB had considered the procurement documents to be lawful despite the fact that the error had been pointed out twice during the tendering procedure. This part of the judgment is also confusing, as it is not entirely clear why the subjective view of the contract authority is relevant when assessing the question of causality.

The Supreme Court thus disentangled many key questions about liability for breaches of procurement rules, but some issues remain unanswered. For example, the Supreme Court did not rule on the question of whether liability is conceptually possible where the tendering process should have been cancelled, but this doesn’t happen. Furthermore, as mentioned above, the question regarding direct causal link for damages for the positive interest was not accepted to be heard by the Supreme Court, so the particularities of that assessment was not further clarified. Considering the attention these questions have received through the Fosen-Linjen Saga, it is probably only a matter of time before these will materialize themselves in future cases, with new sagas in national courts and in Luxembourg.